Recently I had the opportunity to speak to some fascinating folks at the glorious Fort Myers Beach public library. 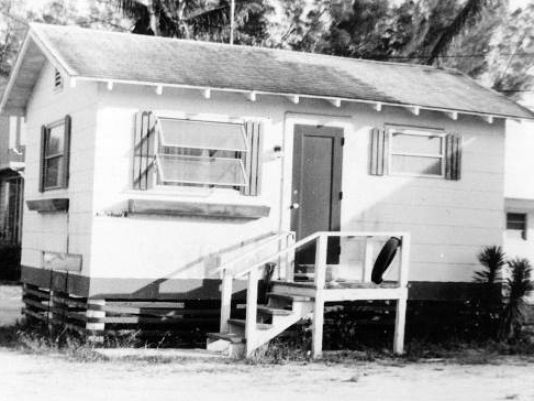 In September 1955 a group of volunteers opened the first library on Estero Island in this tiny cottage. I can well imagine that if eight or ten visitors showed up at the same time to browse through the latest offerings, there would not be enough room inside the building for them all. To put the era in a literary context, the New York Times best seller list for late September that year included: AUNTIE MAME by Patrick Dennis, THE MAN IN THE GRAY FLANNEL SUIT by Sloan Wilson, and NO TIME FOR SERGEANTS, by Mac Hyman. 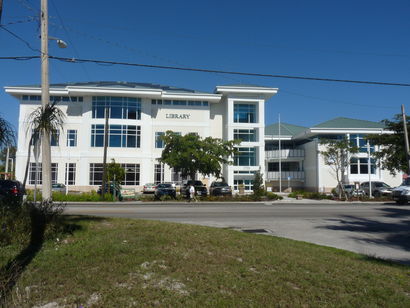 Through the years the volunteer library grew until today it is a stunning three story building complete with an impressive collection and a very homey atmosphere filled with an outstanding collection of art. For example, the elevator is glass and a local artist painted fabulous underwater designs on the shaft. I could ride up and down the elevator all day feeling as if I were on snorkeling adventure. 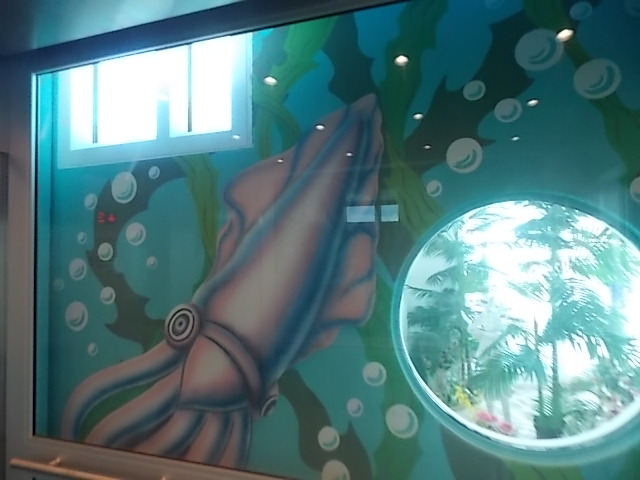 My friend Denise and I stopped for lunch at the café on the third floor where, along with chicken salad and walnut sandwiches, we had a gorgeous view of the Gulf of Mexico. We were greeted by Library Director Dr. Leroy Hommerding who showed us to a community room where some local residents and I had a lively conversation about Fort Myers Beach, the fictitious Read ’Em and Eat Café and Book Corner (setting of WELL READ,THEN DEAD) and, since there were a number of other writers in the room, we spent a fair amount of time talking about the process of writing. 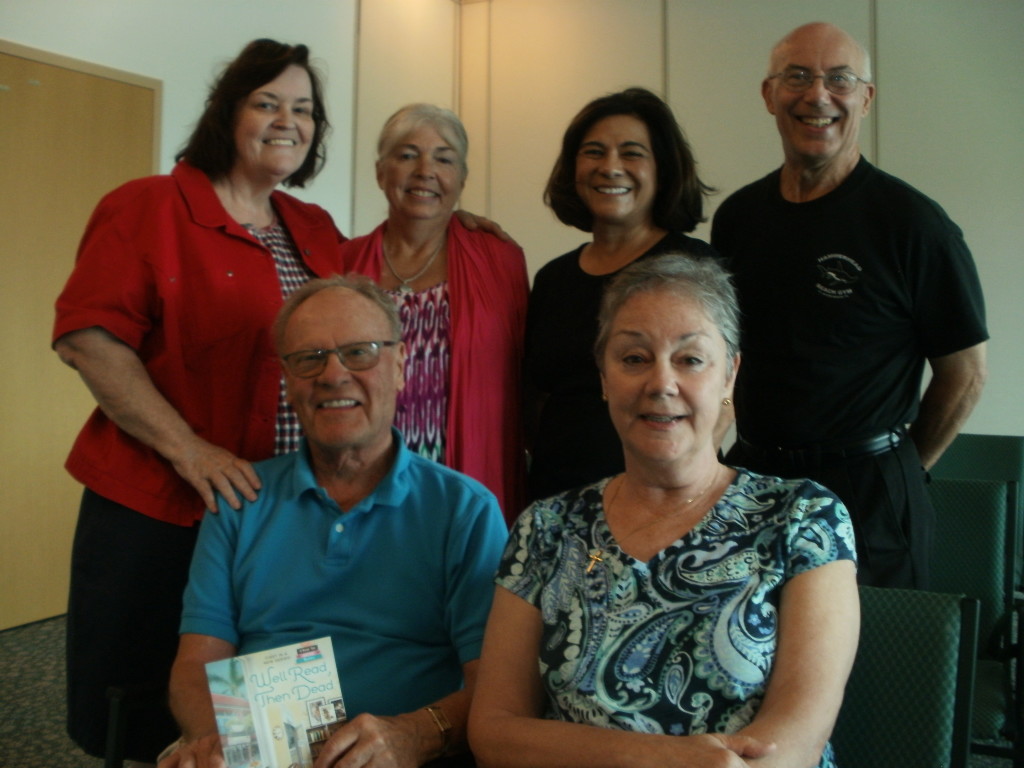 All in all I had a grand time. How could I go wrong  having splendid conversation with readers and writers in such an inviting setting? And as a parting tidbit, I can tell you that the community library (under a fictional name) plays a prominent role in CAUGHT READ-HANDED, the next book in the Read ’Em and Eat series.

7 thoughts on “A Day at the Fort Myers Beach Library”